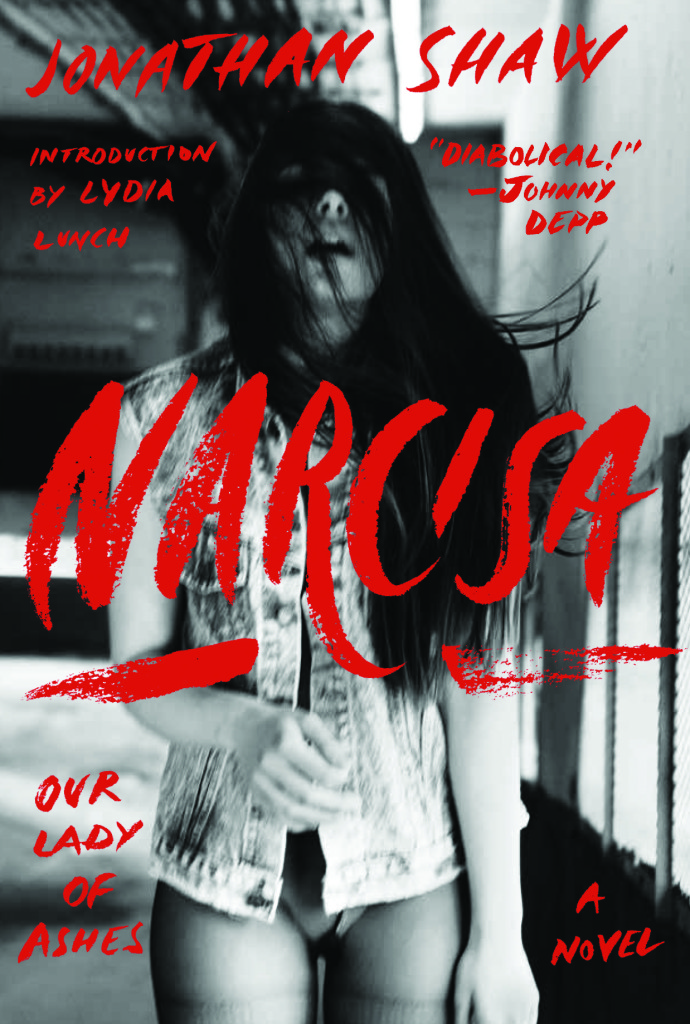 This powerful debut of destructive love and addiction by the legendary tattoo master and outlaw artist is “a wild ride through the bizarre netherworld of his own damaged consciousness,” says Jim Jarmusch. “His experiences are real and his language and insights kinetic and brutal… Shaw’s writing certifies him as a subversive and criminal inhabitant of the world of human expression.”

Johnny Depp himself has suggested that Shaw is like the “diabolical, reprobate spawn” of such renegade artists as Hubert Selby Jr., Jack Kerouac, Dr. Hunter S. Thompson, the Marquis de Sade, Iggy Pop, and all of the Three Stooges. And, NARCISA is undeniably the literary progeny of such inventive, original voices as Burroughs, Bukowski and Henry Miller. Unfolding in the wild backwaters of Rio de Janeiro (where Shaw spends most of his time) and New York, it is the story of motorcycle-riding, nomadic outlaw poet Ignacio Valencia Lobos and his unhinged lover, Narcisa, a crack-smoking philosopher prostitute. As their doomed shipwreck of a love affair spirals downward in a vortex of insanity, dysfunction, and vice, the pair hold onto to their irrepressible passion.

While NARCISA is a work of fiction, Shaw has lived its truths. NARCISA “is a heartbreaking tome of diseased lust that oozes a tortured poetry of bloody sweat and sperm,” says Lydia Lunch in her introduction. “[It is] a grotesquely beautiful love song steeped in the perpetual twilight horror of an unbearable trauma bond….an overwhelming sex-magick magnet to the darker forces of our own primordial essence.”