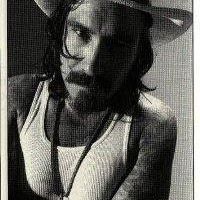 Jonathan Shaw is a world-traveling outlaw artist, gonzo war-correspondant, novelist, blogger, head doctor, anti-folk hero and whorehouse philosopher. A legendary tattoo master and notorious creator of trendsetting underground art, over the decades Shaw’s work has steadily infiltrated and quietly swayed the direction of popular culture world-wide; From ‘Reality’ based television programs to the fashion styles of the rich and famous, his original, innovative mark is clearly visible everywhere you look in modern style.

A child of the 50’s, Jonathan grew up the bastard spawn of a brief, violent and unhappy marriage between jazz legend Artie Shaw and the beautiful and glamorous Hollywood starlet Doris Dowling. Shaw’s particularly surreal world-view was largely shaped during the tumultuous Vietnam era, then sharpened like a straight-razor by massive teenaged LSD consumption and close personal interactions with some of the weirdest minds of a weird time. After running with the likes of Frank Zappa, Jim Morrison, the Manson Family and Charles Bukowski, Shaw, like most of his friends, eventually fell prey to heroin addiction and was swept away in a degenerate wave of juvenile delinquency, sudden destruction and moral degradation.

Around the age of 19, fleeing for his life, he left 1970’s Hollywood behind to travel the world by thumb and tramp freighter and he is still out there somewhere. Many years clean and sober now, the heavily tattooed author was recently referred to affectionately by old pal Marilyn Manson as “a decorated veteran of the drug war.”

Today Jonathan lives wherever he is, but resides mostly in Rio De Janeiro, Brazil, making frequent visits to other home bases in NYC and Southern California, when not traveling the rest of the world.He has one adult son, also an artist, as well as an extended Gypsy family of old and new friends, lovers, admirers, well-wishers and partners in crime all over the world.

Many years retired now from a burgeoning tattoo industry he once set the standards for, he continues to test the limits of his reality, traveling the South American backlands by motorcycle, living with witch doctors, artists, outlaws and whores, while continuing to terrify and inspire his steadily growing fanatical following with nightmarish poetry, memoirs, screenplays and fiction.